Austin HVAC SEER Ratings: What Do They Mean?

You are here:
Uncategorized 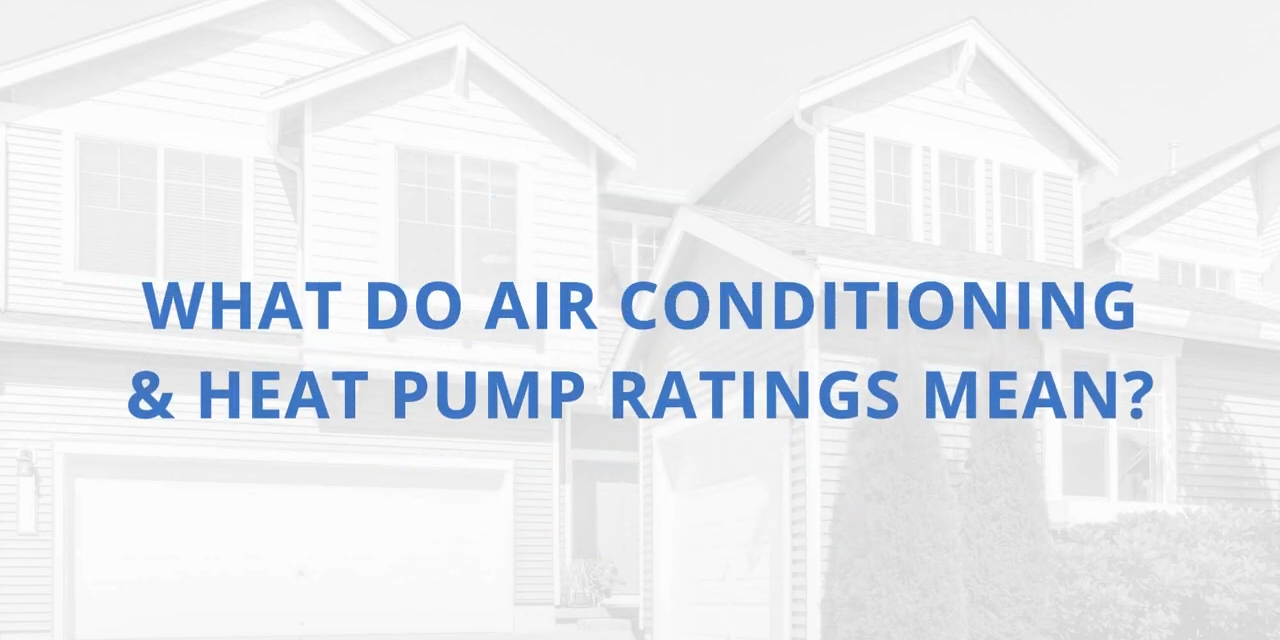 A: We’re talking about SEER ratings, S-E-E-R. The SEER rating is the seasonal energy efficiency rating of the unit. The higher the SEER rating, the more efficient the unit is to operate.

With the focus on conservation and the government ad campaigns for energy efficiency you likely have heard the term SEER before. You also probably know that energy-efficient appliances can help with utility costs. One appliance that saves the most money in energy usage is your HVAC system. In Austin, HVAC is a commodity and not optional given our scorching hot summers.

Austin HVAC units must be highly efficient because every summer, they pretty much run around the clock. It’s not like in Northern California where you get milder summers and can get by with a water cooler. Here, you can expect high 90’s starting in June and climbing through August—that’s hot folks.

That also means your electric bill will be higher the less efficient your HVAC system is. Odds are, if your system is over 10 years old, you are taking a significant hit on efficiency and your bill will reflect that.

If you plan on upgrading your HVAC, you want to consider the SEER rating as a major deciding factor. In fact, it is the most important feature you need to factor in, and here is why.

Higher Energy Efficiency = More Savings
Simply put—the higher the SEER rating the better the efficiency, which translates to lower operational cost. Austin HVAC systems are required by federal law to have a minimum SEER of 14. The highest SEER rating on a residential unit available is 25-26 SEER. Naturally, a unit rated at this level is going to be much more efficient and give greater savings. But how much does that translate into actual dollars?

Well, let’s consider your average size residential unit— at 14 SEER it’s going to cost about $610 per year if ran conservatively. When you take the same size unit in a 25 SEER rating it will consume just a bit more than half of that at $340 a year. That is quite a significant cut in energy costs, but a better unit will cost more. However, when you add up the savings, the higher up-front cost is worth the investment.

Also, keep in mind that SEER ratings are the maximum efficiency that your system is capable of achieving. Other factors can lessen performance such as the size of your home, quality of duct-work, design, and usage habits. Therefore, it’s important to speak with the Austin HVAC pros at Oasis to make sure you get the right system for your home. As far as usage goes, it makes sense to find a balance of comfort and restraint when using your AC, to maximize energy savings.

Greater Indoor Comfort
If a higher SEER rating means higher efficiency, then your system is also going to cool better. That being said, you are going to be more comfortable in those scorching Austin summers with a more efficient HVAC system.

In fact, systems with higher SEER ratings typically have two upgraded components that help them cool your home more efficiently

What does this mean? Well, air conditioners with lower or minimal SEER ratings usually run one speed all the time. This can be costly, because the home may be able to maintain comfortable levels by only running slow speed. Instead, it runs full speed ahead no matter how much cooling is needed. So, when the weather is not as hot like in the spring or fall, the AC will cycle on and off a lot—resulting in uneven cooling. Also, your humidity level will be higher and that will make your home feel hotter than it is. Austin HVAC systems need to be able to run steadily for a long time so they can reduce humidity in the home. Single-stage and single-speed units just don’t have the capabilities to make that possible.

You know SEER ratings are important when it comes to choosing the right HVAC system for your home. But there are a few other things about SEER ratings that you should be aware of when comparing HVAC models.

When shopping for air conditioners you should be aware of their performance levels in terms of cooling. Cooling power is measured in BTU’s (British Thermal Units) per hour. A couple of decades back when electricity was much cheaper, most people just bought based on cooling power. However, as energy costs rose, that started being an expensive criterion. Homeowners became more concerned about how much it costs to cool the home as well.

What the SEER rating does for consumers is to give you an estimated cooling cost per year for a particular system. Using the SEER rating, you can accurately estimate how much money you can save with one unit vs. others.  Remember, the higher the SEER rating the more efficiently the system will cool.

A little over a decade ago, most Austin HVAC systems averaged between 8 and 10 SEER. However, as technology improved, standards were raised and the minimum SEER allowed was 13. Today SEER minimums are actually based on your climate region. Northern regions such as Iowa are still a minimum of 13 SEER, but southern areas minimums, such as Texas, are 14 SEER.

As much as we depend on SEER ratings, the rating alone doesn’t necessarily dictate results you will get in your home. The tests to get the SEER rating are setup using test environments that are highly controlled and standardized.

For example, the tests use an outdoor temperature of 82 degrees with indoor humidity at 50% and indoor temp of 80 degrees. However, not all homes or environments are like that, so performance and efficiency may vary.

If your home is not well insulated, has old drafty windows, or doesn’t have much shade—your results might not be as good as the test results. However, that doesn’t mean that a higher SEER rating isn’t important, because it will still save your money.

There’s no escaping this fact—your HVAC’s SEER rating will begin to decline over time. You can’t fight that, it’s a mechanical piece of equipment. However, you can prolong it’s degradation or slow the rate at which it becomes less efficient.

With regular maintenance, making repairs promptly when needed, and changing air filters on time—you can stretch its lifespan. Regular maintenance alone can net you energy cost savings of up to 40%. It’s wise to enroll in a planned service program from your favorite HVAC service provider as they can spot problems early on.

If your air conditioner is more than a decade old, you might be dealing with issues such as uneven cooling, increased humidity, and other problems. You might want to take a look at your unit and see if something is causing these issues or if it’s just wear and tear. Many manufacturers offer long warranties so there’s a chance any issue may get corrected if within the time frame. It all boils down to this: is the cost to repair the system almost as much as getting a new system? If so, then you’re better off investing in a new unit. You could be pouring money into a system that might cool fine for now. However, give it a few more years down the road and it could cost more in repairs.

Are you looking to upgrade your old system or make sure your old one is still running efficiently? Contact us today and one of our technicians will give you a detailed inspection. We can either price a new system for you or make the necessary repairs to your existing system. At Oasis we are here for Austin residents for all your HVAC needs.

Fill out the form below and one of our customer service representatives will reach out to you as soon as possible.